An average tuition of $9,182 annually is charged by colleges in the US offering online bachelors degree in literacy programs. There has been a 19.3% increase in the average tuition in recent years. In 2007, the per annum average tuition was $7,696 at these online colleges and universities.

The range of tuition at colleges offering online reading and literacy programs at the bachelors level is shown in the following chart. Tuition is shown from the least to most affordable colleges and universities.

Of all literacy graduates with bachelors degrees from online colleges across the country, a reported 25% graduated from these affordable programs in 2011. Therefore, of the 84,324 graduates from around the US, 21,439 are from the most inexpensive schools. Between 2006 and 2011, the number of literacy graduates with bachelors degrees from the least expensive online schools has increased by 2,667 graduates per year, while the percentage of graduates from these schools has also increased. 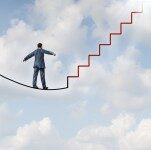