Colleges and universities across the nation that offer online associates degree in fire science programs charge an average tuition of $7,161 per year. The average tuition has increased over the past few years. This change in tuition was about 3%. The annual average tuition at these online schools in 2007 was $6,951.

The range of tuition at colleges offering online fire science programs at the associates level is shown in the following chart. Tuition is shown from the most to least expensive colleges and universities.

Tuition of more than $7,011 annually is charged by the most expensive colleges and universities offering online associates degree in fire science programs. On the other hand, per annum tuition ranging from $1,676 to $2,025 is charged by the cheapest colleges and universities. Florida, Georgia, and Texas are home to the least expensive accredited online fire science associates degree schools. 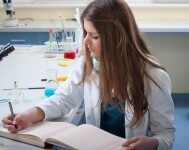 Applying for Scholarships: Last But Not Least…