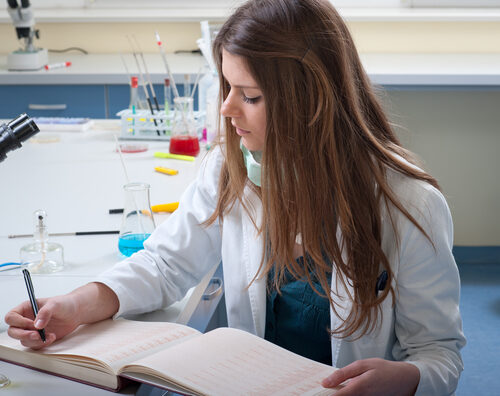 Health care is a Big Topic these days. One video, that Upworthy has been circulating around the social media world, describes the issue of health care costs in the U.S. as far more complex than what most people assume. After seeing it, though, I was surprised that one of my biggest beefs (yes, sometimes my world is me-centric, but stay with me here) wasn’t mentioned: Medical school is too expensive.

Compared to the average wage-earner, the bulk of doctors earns a lot of money. Yet, the distance narrows considerably — and in some cases physicians even fall short — when compared to other professions (MBAs or lawyers) or occupations, like engineers. An MBA could be off to Wall Street, a six-figure income easily within her grasp, after two years of B-school. On the other hand, after earning an undergrad degree, a typical med student can look forward to at least five years of medical school, debt and meager income before even seeing the possibility of a salary that approaches the $100k mark. Throw in the difficulty of getting into med school and the rigors of the profession, is it at all surprising that the U.S. is facing a physician shortage?

Then, if you consider the amount of debt an MD graduates with, is it any surprise that they expect — and demand — to be paid a lot of money for their services and talents? I don’t think so.

Medical groups offer a gloomy picture of the high debt many med school students take on to complete their education. Research suggests the debt level can be a barrier for qualified minority and low-income students and can also impact the areas of medicine young doctors choose to pursue, leading to shortages in some less remunerative fields of practice.

The Association of American Medical Colleges says the debt issue keeps many qualified students from attending medical school, particularly minorities. Blacks, Hispanics and Native Americans make up about a quarter of the nation’s population, but only 12 percent of its medical students. A recent survey found that the cost of medical school is the number one reason why qualified minority students choose not to attend.

If we are demanding affordable health care, shouldn’t we be offering affordable medical school to the smart and talented students who qualify for entrance?

Sure, there are a few programs out there that forgive medical school debts or offer scholarships in exchange for service. But what about the chemistry majors who decide to go into pharmaceutical sales to make a boatload of money and avoid the expense of medical school? Wouldn’t we rather have them as physicians, or as medical researchers finding new ways to treat and cure disease?

It certainly seems to me that if we are going to discuss the idea of capping what physicians earn and hospitals charge, that it can’t really be done without taking into consideration the debt that many med school graduates are dealing with. If such debt were reduced — or even non-existent — for general-practice physicians, health care costs for non-specialty medical treatment could certainly be reduced with less outrage from the medical community. At least, in my mind, it could.

Obviously, this is all pipe-dreamy, I know. But, it reflects very clearly the effect that out-of-control higher ed costs have on the economy in general. The more debt students graduate with, the less money they have to recycle into the economy and, at the same time, the greater the incentive to follow the money instead of community-oriented or altruistic paths.

Online Bachelors Degree Programs in Healthcare Administration That are Most Affordable