What Does the Job Market Look Like for 2014 Grads? 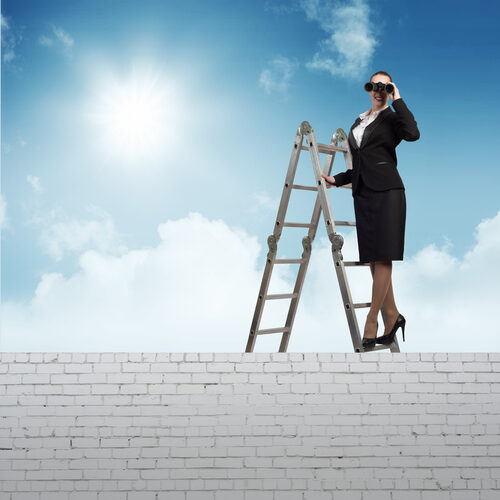 College graduates this spring should have an easier time finding a job than last year’s class, according to a new survey from the National Association of Colleges and Employers.

Employers responding to the survey said they expect to hire 8.6 percent more graduates from the class of 2014 for their U.S. operations than they had initially planned. That’s an increase in projected hiring over that recorded for the class of 2013, when businesses surveyed expected to hire only 2.1 percent more of that year’s grads than they planned for.

“It shows some employer optimism in the job market,” said Dan Black, president of NACE and the Americas director of recruiting at EY (formerly Ernst & Young).

Black said that because businesses tend to be conservative in their outlook, the actual number of grads getting jobs could be higher.

“The students graduating this spring have had front-row seats to a soft economy,” Black added. “But we’ve seen more employers recruiting on campuses around the country, and I think this will translate into jobs.”

The survey, released last month, covered multiple industries. Companies included were Ernst & Young, Dick’s Sporting Goods, Macy’s, Burlington Stores, Hallmark Cards, Merck, Caterpillar, Duane Reade, The Bank of New York Mellon, Union Pacific Railroad as well as government agencies like the U.S. comptroller of the currency and the California state auditor. The survey was sent to 1,015 employers, of which 161 or 15.9 percent responded. By region, 21.7 percent of respondents are from the Northeast, 28 percent are from the Southeast, 31.7 percent are from the Midwest, and 18.6 percent are from the West.

More than half of hiring employers reported strong interest in bachelor’s degree graduates in accounting and various business fields as well as engineering and computer sciences. More than half also expect to hire master’s level candidates, including MBAs.

Almost half of respondents—48.4 percent—say they are increasing their college hiring; less than 30 percent plan to cut back.

Nearly all responding employers continue to recruit and hire this spring; less than 10 percent say that they concluded their college hiring in fall 2013.

Nearly two-thirds say they are hiring for full-time and internship positions this spring.

Among the skills and qualities most coveted by employers:

The ability to make decisions and solve problems ranked highest among employers. Next was the ability to verbally communicate with people inside and outside the organization.

The early outlook for the class of 2015 looks promising, according to the survey. Approximately 43 percent of employers say they expect to hire more 2015 grads during their fall 2014 recruiting season than they did in fall 2013.

“Ninety-percent of recruiting happens in the fall season of a college student’s last year,” explained NACE’s Black. “Graduates should really focus on getting a job then.”

While a college degree might help get a job, it doesn’t necessarily mean a good salary. According to a report released last month by the Bureau of Labor Statistics, some 260,000 workers with bachelor’s degrees and 200,000 workers with associate’s degrees are making the minimum wage.