Regulation and Compliance Drive Up Cost of Education 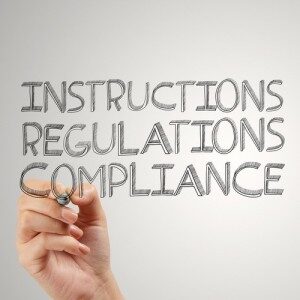 Many people in higher education complain about the increasing burdens of regulation, with some insisting that it has driven administrative bloat, but the exact toll on colleges remains a mystery. That’s because very few colleges have bothered to measure the cost of compliance in dollars or employee time, because that task is too complicated or too costly in itself.

In November four U.S. senators announced the formation of a task force of 14 college presidents and higher-education officials who will examine the effect of regulation on colleges. One of those presidents is Margaret L. Drugovich of Hartwick College, who has been talking to other college leaders about starting to measure regulatory burdens. Some presidents have told her that the job is just too big.

“We are the only ones who can make the truth obvious—no one else can do it,” she said at a session on the topic at the Council of Independent Colleges’ Presidents Institute, the Chronicle of Higher Ed Reports. She and her colleagues on the task force fear that if other institutions don’t step up, policy makers might assume that the problem is not significant enough to excite college administrators, making it harder to push back on regulatory burdens in the future.

Ms. Drugovich’s institution, in fact, has completed a study of the costs of regulatory compliance, which she discussed at the CIC meeting. Hartwick’s audit gives an incomplete assessment of the college’s regulatory burden, Ms. Drugovich acknowledged, because the college measured only the time that employees spent on completing compliance-reporting forms.

“Frankly, some of it we’re doing to ourselves,” Ms. Drugovich said. “The largest portion of labor hours is not spent on federal regulation, but it is spent on NCAA.”

In the grand scheme of things, $300,000 might not seem like a lot of money, but Ms. Drugovich implored the audience to keep some things in mind: The study assessed only the cost of reporting activities and did not measure all the opportunity costs associated with regulation throughout the college. The big question, she said, is which regulations are necessary and helpful, and which are burdensome, contradictory, and stifling innovation.

One audience member—a president of a Vermont college—said complying with regulations was an outsize burden for small colleges in her state, one that in some cases may threaten the viability of those institutions.

Ms. Drugovich shared the podium with Claude O. Pressnell Jr., president of the Tennessee Independent Colleges and Universities Association. His organization has also made a push among its member colleges to quantify regulatory burdens—particularly the burdens associated with Title IV financial-aid programs.

“We ran into cost issues,” Mr. Pressnell said. “Campuses were saying, We can’t afford to study how much time we put into regulatory compliance.” He asked Sen. Lamar Alexander, a Tennessee Republican and one of the four U.S. senators who created the task force on regulatory burdens, for help in getting grants to perform the study. He said the senator’s response was “sympathetic and uncommitted.”

Colleges may look elsewhere for money to do more research on compliance costs. “You know, there are two foundations that are really driving the higher-education-reform agenda—that’s the Gates Foundation and Lumina,” Mr. Pressnell said. “I think they ought to step up.”

In the meantime, it’s up to colleges to offer data and other support after the task force starts meeting next month.

“We need more institutions to help us with this,” he said. “If there is a call for help from the committee, and it falls on deaf ears, it will cripple the committee, and Congress will say, ‘It must not be that big of a deal, and you’d better stop complaining about it.’”