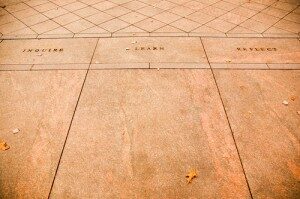 Although often a bargain when compared to their private counterparts, many of the country’s public colleges and universities are suffering from dismal graduation rates among their students. Overall, according to a 2011 Harvard Graduate School of Education study, only 56 percent of college students actually complete four-year degrees within six years, which is a discouraging statistic in itself.

Among the 18 developed countries in the OECD, the U.S. was dead last for the percentage of students who completed college once they started it ― even smaller, newly independent countries such as Slovakia outscored the U.S. in graduation completion.

Recent Congressional reports and stories in the news media would lead you to believe that such poor graduation rates are occurring due to the proliferation of for-profit institutions. But that is not necessarily the case. While one force behind such disappointing statistics are America’s for-profit schools — which have garnered plenty of media attention for being “dropout factories” that send students out into the workforce with major debt and few skills — there are a number of four-year public universities, funded in part by taxpayer dollars, which have graduation rates that are just as bad ― or worse ― as their for-profit counterparts.

College dropouts tend to be male, and give reasons such as cost, not feeling prepared, and not being able to juggle family, school and jobs, according to the Harvard study. An American Institutes for Research report published in 2011 estimated that college dropouts cost the nation $4.5 billion in lost earnings and taxes.

Several four-year public universities, funded largely by taxpayer dollars, whether through appropriation or financial aid, have graduation rates that are just as bad ― or worse ― as their for-profit counterparts. As surprising as this may sound, it is indicative of problems in the American system of higher education, as a whole.

Calculating college graduation rates isn’t an exact science – the data look at the number of incoming Bachelor’s degree-seeking students who graduate within six years, and dropouts include students who transfer to other schools. Still, the high number of dropouts is concerning. Using calculations from the Chronicle of Higher Education College Completion tool for the 2010 year (the latest data available), the following list represents the 10 four-year accredited, public universities with the worst graduation rates.