A yearly tuition of over $9,794 is charged by the costliest online masters degree in science colleges and universities. On the other end of the spectrum, tuition at the cheapest schools is in the range of $1,454 to $4,680 annually. The lowest cost accredited online science masters degree schools are located in Florida, Louisiana, Massachusetts, North Carolina, and South Dakota.

Approximately 420,443 students earned their degrees from these low tuition online programs in 2011. This is 26% of the nation’s science masters level graduates. In 2006, which was only 5 years earlier, the number of graduates from these colleges was only 319,985 students. This is a 31% increase in the number of students graduating from these cheap online schools. 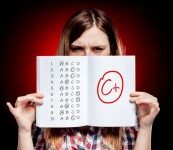