The range of tuition at colleges offering online public relations programs at the masters level from most to least expensive is shown in the following chart:

Tuition of more than $21,688 yearly is charged by the most expensive online masters degree in public relations colleges. On the other end of the spectrum, tuition in the range of $5,406 to $7,508 each year is charged by the cheapest colleges and universities. Indiana and West Virginia are home to the most inexpensive accredited online public relations masters degree schools. 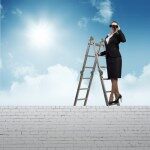