Online Masters Degree Programs in Math That are the Lowest Cost

Schools around the country with online masters degree in mathematics programs have an average tuition of $6,798 per year. The average tuition has increased by 17.4% in recent years. The per annum average tuition was $5,789 at these online colleges and universities in 2007.

The range of tuition at colleges offering online math programs at the masters level from most to least expensive is shown in the following chart:

A yearly tuition of over $7,508 is charged by the costliest schools that offer online masters degree in mathematics programs. On the other hand, the cheapest colleges and universities have per annum tuition costs ranging from $1,454 to $3,874. The accredited online mathematics masters degree schools that are the least expensive are located in Florida, Idaho, Massachusetts, Nebraska, and North Carolina.

A reported 20.4%, or 119,266 of the nation’s mathematics masters level graduates earned their degrees and certificates from these affordable online programs in 2011. In 2006, which was just 5 years earlier, only 103,637 students graduated from these schools. This is a 15% increase in the number of students graduating from these cheap online schools. 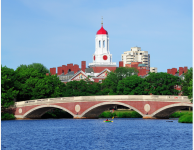