Even Tech-Savvy Students Shy Away from Online Courses 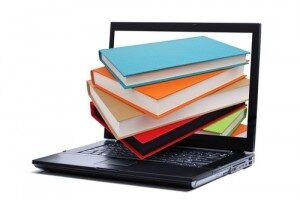 A new study says that students who were particularly independent and self-motivated in high school are more likely to expect to take fully online course as undergraduates. Even so, the vast majority of students still view higher education as a traditional brick-and-more residential experience.

The 2013 Freshman Survey, conducted by the University of California at Los Angeles’s Cooperative Institutional Research Program, suggests that more than two-thirds, or 69.8 percent, of entering freshmen are using online instructional materials such as massive open online courses and video lectures on their own time, compared to less than half, or 41.8 percent, as an assignment in a high school class.

According Inside Higher Ed’s analysis of the report, the impact of rising costs in a post-recession economy on the concerns and decisions of incoming freshmen is stronger than ever, an annual survey shows.

Yet once they reach college, the expectation that fully online courses will be a part of the schedule plummets. Less than one in every 10 students in the fall 2013 freshman class at almost every type of four-year institution said there is a “very good chance” they will enroll in a fully online course. Students at private universities are least likely to think so — only 3 percent of respondents at those institutions picked that answer — but the interest isn’t much higher at public four-year colleges, where 8 percent of students said the same.

Kevin Eagan, interim director of the institute’s Cooperative Institutional Research Program, attributed the lack of interest in online courses to the specific slice of higher education — recent high school graduates going off to college — covered by the survey.

Oddly, students at historically black colleges and universities were most likely to think that a fully online course is in their academic future, clocking in at 13.9 percent. HBCUs have been slow to adopt online education, and Eagan said the finding “may just be an odd artifact of the data.”

The students most interested in fully online courses were, not surprisingly, those who frequently used online instructional materials as high school seniors. More than a quarter of those students said there was at least “some chance” they would take a fully online course in college. Those students were also more likely to “exhibit behaviors and traits associated with academic success and lifelong learning,” the report states.

The 2013 edition of the survey marks the first time the CIRP has asked students about their online education habits, and Eagan said it will be interesting to see how the trends develop over time. For now, there is no trend data to explain how the growth of MOOCs and other forms of online education may have affected how students interact with academic materials online.

“Colleges and universities — some of them have jumped on the MOOC bandwagon, if you will, but students, at least in this year’s data, haven’t done so,” Eagan said. “They’re still having the expectation that they’re going to have face-to-face interaction in a brick-and-mortar classroom with their faculty.”

Of course, expectations don’t always line up with reality, as some former entering freshmen have realized. In last year’s survey, 84 percent of those surveyed said they thought they could graduate in four years, even though roughly 50 percent actually do, Eagan said.

Online Associates Degree Programs in Bookkeeping That are the Cheapest

Online Masters Degree Programs in Merchandising That are the Least Expensive