Education Debt: Is There “Value”? 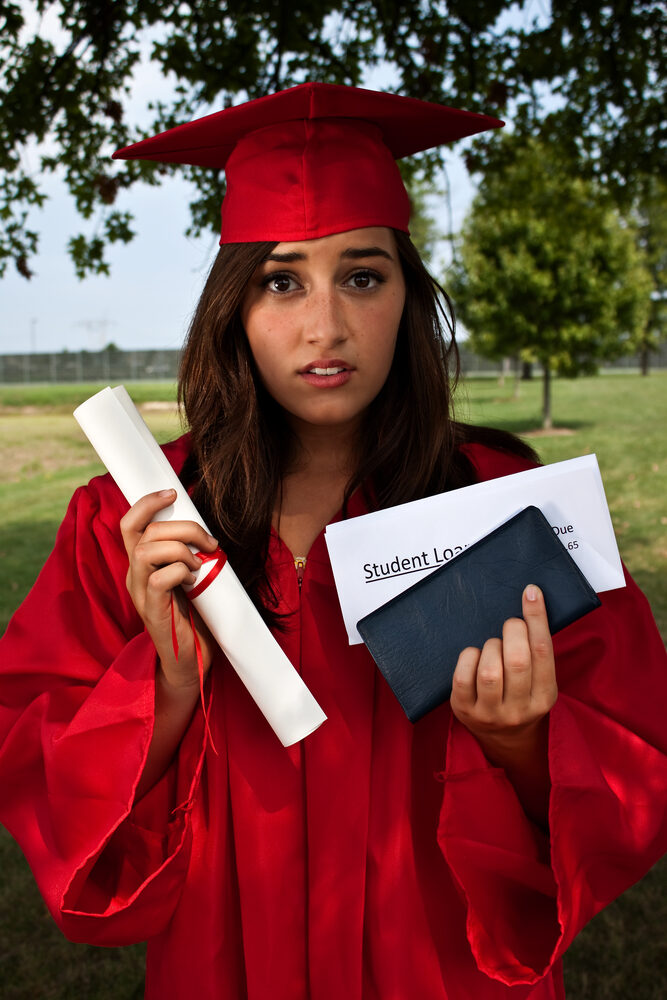 With all the talk recently about the “value” of a college education — largely spurred on by President Obama’s February State of the Union address — it seemed like an appropriate time to revisit some of the math that goes into a college education.  More importantly, we’ll take a look at the numbers on the other side, too.

On average, a college graduate earns just over $47,000 per year. On the other hand, individuals who possess only a high school diploma earn average annual wages of around $26,300. If we assume that an individual will work for 40 years of his or her life, a college graduate will out earn a high school graduate, on average, by more than $800,000 in a lifetime. So it seems that college is a no-brainer when it comes to income, right? Not necessarily. The income figures listed above fail to take into consideration not only the amount of debt that many college students incur but the opportunity costs and the time value of money that comes into play when a college graduate is making loan payments instead of investing his hard earned dollars into the stock or bond market. This is also as good a place as any to point out with some irony that Bill Gates, the sometimes (depending on stock market fluctuations) wealthiest man in the world, did not graduate from college. So, is college worth it? How do you maximize the value of your education to get the most out of the debt you incurred?

Let’s assume that you’re not Bill Gates, and, for the sake of argument, that you’re not in your dorm room creating the next Microsoft or Facebook. You’re probably going to have to get a job. This is an area in which a college degree will really help. While a degree is no guarantee of employment, today, and historically, the unemployment rates for college graduates are considerably lower than they are for individuals who only have a high school diploma. Recent statistics, in fact, show that a high school graduate is almost twice as likely to be unemployed as a college graduate.

Without necessarily making major to major comparisons, if you simply determine that you’re doing a job that does not require a college degree, although you have one, you are not getting a very good return on the investment you spent on your college education. Neither your return on degree (the additional income you’re earning because you have a college degree, compared to the cost of getting that degree from a particular school) nor your return on major (the amount that you’re earning due to choosing one major over another) is paying off for you. If you want to maximize the return on your college investment, get a computer science, nursing or engineering degree from an in-state public school. If these aren’t exactly your dream careers, your degree will still open doors for you; and regardless of your degree or your major, college is no guarantee of a financial payoff. If you’re curious about an up to date estimate of how well your chosen career will reward you monetarily, check out Payscale.com.

Another way to maximize the value of your education is to not borrow more than you absolutely need to. Savings, scholarships, grants, credit by examination, income from a job – all of these things should be used toward college before you borrow money to attend school. Especially for an undergraduate student just starting his or her career. Those first few years out of school will likely be the lowest income earning years of your career. They will also have the unpleasant distinction of being the years during which the largest percentage of your salary is going toward the payment of your student loan interest.

This can be particularly crippling from an opportunity coast perspective because those early years are the years during which you will see the most return on the dollars you’re saving. So, the more dollars you can invest and save instead of paying toward student loan interest, the better off you will be in the long run. You may live somewhat more meagerly than you like during your four or so years of college, but nor having that debt follow you around for another ten or even twenty years down the road will allow you to enjoy far more stress free years than your peers.