College for Those Who Serve 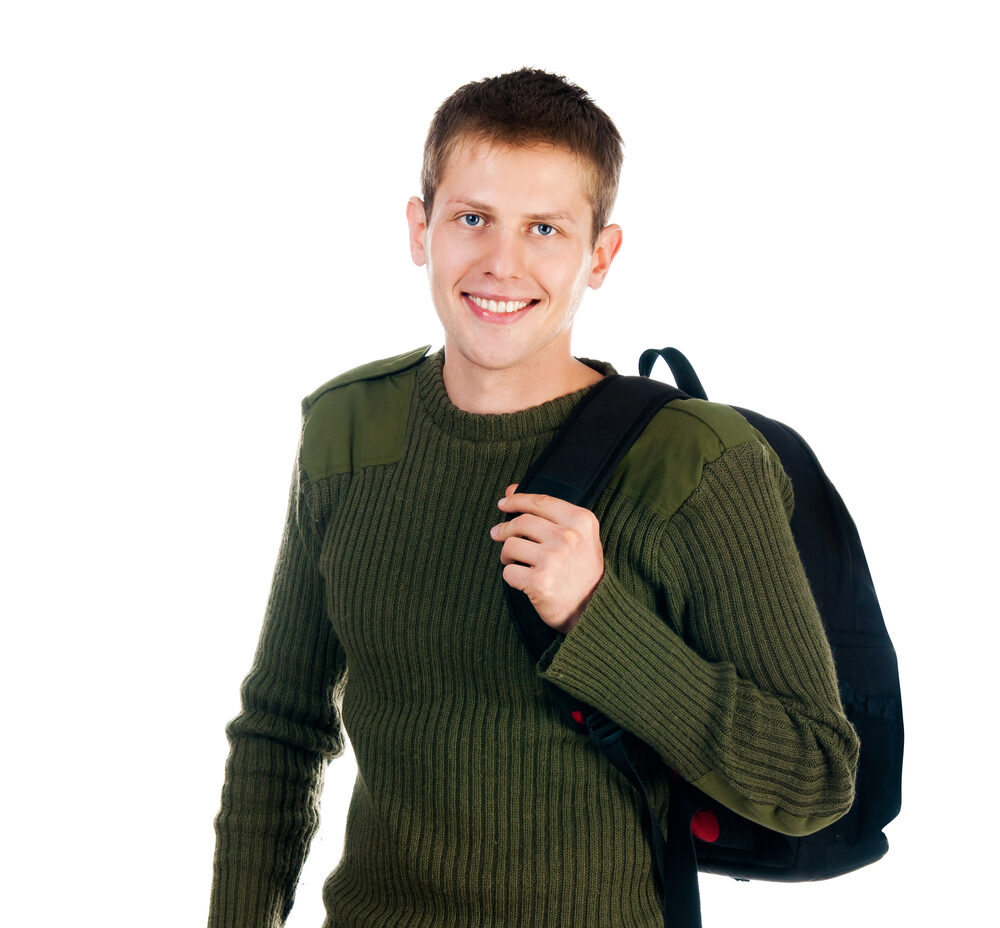 One way the government expresses its gratitude for the service that the women and men of the U.S. military have given is through educational opportunities. While the system may not be ideal, the current job market for returning service members, as well as the high cost of college tuition, can make the educational benefits for military — or other governmental — service look awfully attractive.

The concept of military or other government service elicits a strong emotional response in many people, both positive and negative. Regardless of where you come down on the idea of government service, the fact is that substantial educational benefits are available to those willing to serve in a branch of the military, the merchant marine, teach in under serviced areas or otherwise volunteer through any number of government programs. Such benefits range from full-ride scholarships to college and free tuition at service academies to loan repayment or forgiveness programs for graduates who have already earned their degrees.

Today, there are also a few iterations of the GI Bill that apply to veterans and personnel who served, or are serving, after 9/11. The details vary based on length and dates of service, but the gist is that if you served on active duty in the military, you could be eligible for tens of thousands of dollars of tuition help at a college of your choice. The pre-9/11 Montgomery GI Bill can be worth nearly $55,000 in lifetime tuition benefits for servicemen and women who were active prior to September, 2001.

The post 9/11 GI Bill is significantly more complex than its predecessors. In some cases it can be worth a lot more, and in other cases, it may be less valuable than the older bills. Service personnel who qualify for both (i.e., had service dates that span the delineation between the two bills) will want to be careful in their decision about which program under which to enroll. The basic premise, based on the flexibility of the newer program, is that the more expensive the school you wish to attend, the more beneficial the newer GI Bill becomes to you. On the other hand, those who attend a relatively inexpensive public or community college may opt for the older version of the Bill because you may be able to put some additional cash in your pocket above the costs of tuition, books and living expenses. Either way, the government is quite generous in rewarding you for your valuable service. In some case, for personnel who choose not to use their GI Bill benefits for themselves, their children or spouse can attend college in their stead.

Apart from service academies and the GI Bills, the government offers a number of other programs to reward people who enlist in military service. Those interested in professional health careers (including medicine, nursing, dentistry, psychology, optometry and veterinary programs) may be eligible for up to 100 percent of their tuition paid for under the Health Professionals Scholarship Program. Other scholarship programs exist for lawyers (JAG scholarships), chaplains (seminary scholarships) and students who enlist as reserve duty officers (ROTC). Naval personnel are also eligible for the Bachelors Degree Completion Program which will pay for qualified sailors to finish their undergraduate degrees before they serve.

Finally, active duty personnel who are paying student loans may be eligible for assistance in repaying their loans. While the programs vary for different branches, the College Loan Repayment Program can help pay off more than $60,000 for service personnel who serve more than three years on active duty. Details and eligibility varies slightly from branch to branch, and in most individual cases, the service man or woman who elects to take advantage of the loan repayment program will be asked to forego any future benefits under programs such as the GI Bill.

Several programs associated with the military either cover the entirety of your college education, offer tuition payment or reimbursement up to a certain dollar amount or forgive debt already incurred for post-graduate service. Perhaps the most generous of the benefits out there is the possibility of an education from one of the country’s service academies, often referred to as military colleges. The high level of academic standards and quality of instruction put the academies on an educational par with some of the more prestigious universities in the country. If admitted, and admission is selective, students are offered a free four-year degree in exchange for service as an officer in the corresponding military branch.

Of the service academies, the U.S. Army’s college at West Point (New York) is perhaps the most well known. The Naval Academy in Annapolis, MD, and the Air Force Academy in Colorado Springs, however, both have reputations for academic rigor. More nautically-minded college prospects may also consider the Coast Guard or Merchant Marine academies, in Connecticut and New York, respectively, for a career at sea without the full military experience.

Just like most other things that have to do with the federal government, the details of the education incentives for military service are difficult to navigate. On the other hand, if you’re willing to put in the energy to figure them out and the time in serving the country, the payoff in terms of educational benefits can be quite large… Literally hundreds of thousands of dollars if you qualify for one of the graduate or professional school programs.