Choosing a College Is Often a Financial Decision 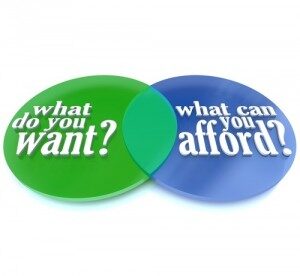 Over the next month or so, acceptance letters will appear in the mailboxes and inboxes of millions of anxious college-bound individuals across the country. Decision-making gears will be grinding between now and May, as inbound students try and make their final choices about what college to attend next fall.

In an attempt to help with the decision process, the U.S. Department of Education is currently pondering the controversial new Postsecondary Institutional Ratings System (“PIRS”). PIRS is slated to use institutional and outcomes data like graduation rates and student profiles. Until the rating system is in place, though, students and their families are on their own when it comes to assessing which college is the right fit. And more and more often, the bottom line is a financial one.

With average student loan debt for a four-year degree tallying $29,400, according to the Project on Student Debt, families should examine carefully the financial aid packages being offered. Many institutions supplement their offer letters with a more standardized Financial Aid Shopping Sheet. These sheets make financial comparisons a little easier across institutions, but the bottom line is that families need to understand some terminology before comparing letters.

The Consumer Financial Protection Bureau cautions against borrowing more than what your future earnings will allow you to repay. As a general guideline, your total student loan debt should not exceed your expected starting salary (knowing the debt will be paid over many years, not just that first year out of school). Even that loan amount might be too high for comfort. A more practical rule of thumb is to keep monthly student loans payments to no more than 10 percent of your anticipated monthly income.

Selecting the right college is an art of balancing dreams and aspirations with a practical sense of the future families and students can reasonably afford to fund. Take the time now to figure out which options allow students to have a bright future, yet won’t break the bank. A “right fit” institution, degree and career can pay off down the road in manageable student loan debt and a healthy start to any student’s financial future.

A recent survey shows that while more than three-quarters of this year’s freshmen were admitted to their first-choice institution, an all-time low of 56.9 percent chose to attend it. Nearly 46 and 48 percent — both all-time highs — said price and financial aid, respectively, were “very important” in their decision about which institution to attend.

According to Inside Higher Ed, the record-setting numbers are not an anomaly. Last year’s survey found that financial concerns increasingly affected students’ decision-making in ways both educational (where to attend college and what to study) and personal (why to attend and whether to live on campus).

The report — The American Freshman: National Norms — is based on an annual survey and typically released each January. Inside Higher Ed reports, however, that last fall’s federal government shutdown delayed the results because the U.S. Education Department’s Integrated Postsecondary Education Data System, on which CIRP relies for the report, was blocked for a time. The survey includes 165,743 first-time, full-time students entering 234 four-year American colleges and universities of varying selectivity and type.

Student Loan Debt and ‘ObamaCare’: Could a Marriage Be Made?