Student Loan Debt and ‘ObamaCare’: Could a Marriage Be Made? 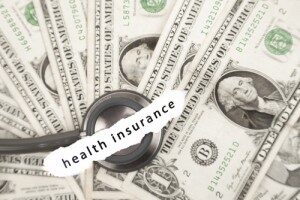 I just read a piece on the HealthyStates.org site that summarized a roundtable discussion about how to get young adults to enroll in health care programs. One of the individuals suggested a break on student loans as a way to incentivize health insurance enrollment.

According to the author, Chris Farrell, this was a popular suggestion among the group. Farrell then contacted two experts who both explained why such a solution wouldn’t be feasible. It seems to me, though, that the notion of a break on student loan repayment in order to encourage health insurance enrollment pretty much misses the big picture. And if we dig a little deeper, maybe there could be a workable marriage of these two uglies.

Insurance Exchanges Need Young People
In order to balance out the costs of insuring older and less-healthy individuals, the companies participating in the Affordable Care Act’s (ACA) mandated insurance exchanges need more young, healthy enrollees. The insurers therefore need the so-called ‘Young Invincibles’ — who have largely eschewed enrolling in health care plans — to join the programs and lower the underwriting guidelines, and ultimately, the cost-per-individual of health insurance.

Student Debt Is One Obstacle to Health Care Enrollment
At the same time, students today are leaving school with an average loan debt of almost $30,000 and graduating at one of the highest levels in history — although, graduation rates are lower than historical figures, record enrollment levels result in a huge number of graduates. This is happening in an environment where jobs are less plentiful and median salaries are lower than they were less than a decade ago.

So, our Young Invincibles are likely to face a considerable financial conundrum: use a meager salary to pay the monthly student loan payment or enroll in the mandated health care programs. If the grad has been relatively healthy and has no reason to see a doctor, and in light of the draconian penalties for student loan default, young people are going to tend toward student loan payments if their financial choice comes down to health care versus college debt.

The Federal Government Makes Billions From Student Debt Interest
In the last fiscal year, the federal government booked more than $40 billion of revenue in excess of expenses — what many would call “profit” — on the servicing of student loan debt. The $41.3 billion profit for the 2013 fiscal year is down $3.6 billion from the previous year but it’s a higher profit level than all but two companies in the world: Exxon Mobil cleared $44.9 billion in 2012, and Apple cleared $41.7 billion, according to a USA Today report.

The numbers track the entire fiscal year that ended Sept. 30, 2013. They come as concern continues to mount about the level of indebtedness by college students and graduates. Estimates show more than $1.2 trillion in student loan debt across the nation, more than the nation owes on credit cards.

What If…
I would guess — and I have little evidence to back this up — that if an uninsured grad got sick, the balance between paying for health care costs, if not courage, would quickly tilt against making student loan payments. Moreover, if health care issues prevent a young adult from working, she is unlikely to be making student loan payments at all. Either way, the individual becomes a public problem: whether by failing to pay student loan debt or by becoming a burden on the public health system — one of the issues that the Affordable Care Act (ACA) purports to help resolve.

So, if we’re going to mandate health care coverage — even for those tied to a colossal anchor of college debt — why not tie the two together? The Dept. of Education could create an insurance pool out of people paying student loans, and use a portion of the $40 billion in annuall revenues that exceed expenses — whether we call them profits or not — to subsidize a portion of the premiums. The premium costs themselves could even be amortized and rolled into the loan payments.

It would be like an FHA loan, in which mortgage insurance is rolled into the loan upfront and amortized over its life. This would help not only to protect the government’s investment in individuals’ education, it would help to protect those investments by keeping college grads healthy, productive members of the workforce.

If this were to happen, student borrowers would automatically be included in insurers’ loan pools. An influx of young, healthy insureds would drive down the cost per person of health care coverage and reduce the taxpayer burden for healthcare. Moreover, the threat of lost healthcare coverage would provide an incentive for people to keep their student loan payments current.

I have now idea how feasible this is nor any suggestions about how to implement such a plan. But if the government can mandate health care coverage and earn $40 billion per year off student loans, you’d think they could do something about the people who can’t afford to enroll in an insurance exchange because their monthly loan payments are too high.

Prepare Your Home for Winter