At Least We Have A Financial Aid System… 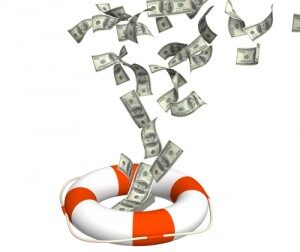 I use a lot of space on this blog criticizing the current state of the financial aid system in the U.S. and the sticker price of college these days. However, this time of year, I tend to think about the things for which I am thankful. In spite of all my griping, I am thankful that there is a system — of any sort — that makes an attempt to easing the financial journey into higher education.

In spite of the paperwork and hurdles involved in getting aid, as well as the cost of the education itself, it is still often worth the hassle. One other element of financial aid that we can be thankful for, apart from the government portion, is private scholarships.

I know college students are thinking about turkey and final exams and a long winter break; but it’s not just the chill in the air that sets their hands to trembling as they clutch backpacks and courier bags stuffed with hundred-plus-dollar books and all the electronica required to complete 21st century college coursework.  As thankful as students and parents may be to have the opportunity offered by a college education, there is a lot of worry involved in thinking about how to pay for it.

Even before they get to college, high school seniors are applying to schools. They, or their parents, are sweating each individual application fee they send in, only so they can eventually decide which institution of higher learning will have the privilege of holding them up by the feet and shaking all the loose change out of their pockets for the next four (if they’re lucky!) years.  Meanwhile, parents are considering mortgages, second jobs and, perhaps, pulling out their own hair.

The main reason all this higher education planning is so chilling is the unchecked rise in attendance costs over the past two or three decades.  In this time period, the cost of post-secondary education has risen at a pace greater than that of most other economic yardsticks, including household income, individual rates of saving and, of course, the stock market.

According to the College Board, the cost of attending a public college, with favorable in-state tuition rates, averaged nearly $21,500 during the 2011-2012 academic year.  Over the same period, a year of school at a moderately priced private college would have cost almost twice as much, averaging $42,224 per year.  While such estimates do include associated expenses like fees and books as well as tuition, the reality is that there are many schools out there whose annual tuition rates alone exceed these averages.  Chances are, given the trends of the past several years, the numbers are not going to start creeping downward.

One way to limit your stress, as well as free up some cash for holiday shopping, is to use scholarship money to cover some of your college expenses.  Hundreds of scholarship sources exist out there.  Many are left untapped every year.  Sit down at your computer, your local library or, preferably, both, and start applying for every scholarship for which you think you might qualify.

Will My Student Qualify?

You may be thinking to yourself that scholarships are only for the brightest of students or the most talented of athletes.  That, however, is a misconception.  Scholarships are awarded every year based not only on athletic ability or GPA but also on just about every affiliation or hobby or interest area under the sun.  You could practically turn applying for scholarships into a job on its own merits.  Depending on the school you wish to attend, doing so may not be such a bad idea.

Several categories of scholarships exist for which you or your children may be eligible.  A good idea of a starting point would be to compile a list of anything you like, have interest in, people you know, can do well, and start digging.

The first, and perhaps most obvious, type of scholarship are those awarded for academic achievement.  Such awards can come from a variety of sources that range from the college your applying to, your high school or academic honors organizations like the National Merit Scholarship foundation.  If you think you may qualify for this type of scholarship, work hard to get the best grades you can, but don’t forget to portray yourself as a well-rounded student by participating in extracurricular school activities and becoming involved in your community.  Even if your grades aren’t great, strong essays, leadership skills and the work you do in your community can get you noticed by organizations that award scholarships.

Athletic scholarships are also a strong possibility if you’re gifted both academically and physically.  The good news is they’re not just limited to the big Division I sports like football and basketball; you could get a scholarship in anything from sailing to fencing to dance.  If you can do it, there is likely a scholarship for it. Another alternative for athletically-gifted students is to look at smaller schools that have less than stellar teams but excellent academic credentials. Even a partial athletic scholarship to a smaller school can go a long way to giving you a leg up on your career and your financial well-being after graduation – chances are, you weren’t going pro anyway.

Awards Based on Creativity

The same is true for artists and creative students. Dozens, if not hundreds, of scholarships exist for talented visual and performance artists, writers and most recognized creative pursuits.  If you have a creative bent, practice your auditioning skills or put together a portfolio representative of your best work.

Other scholarships include those based on gender or ethnic background.  These can be more competitive than some other types of scholarships because they, like academic scholarships, typically attract the best and brightest.  If you think you’re one of them don’t hesitate to apply.  Many guides and services are out there to help you track down information on applying for scholarships. A few cost money or charge a subscription fee; good, free resources include:

A little hard work on your part can help you defray some, if not all, of the costs of going to college.  A scholarship may ultimately mean the difference between attending the school you want as opposed to the one you can afford. You’ll be thankful you did it.

When It Comes to Financial Aid, Even Grad Students Need Advice

Online PhD Programs in Informatics That You Can Afford