The average tuition charged by schools around the country offering online certificate, certification and training in art programs is $5,538 yearly. Over the past few years, the average tuition has increased. This change in tuition was about 1%. The per annum average tuition at these online colleges and universities in 2007 was $5,516.

The tuition range for colleges offering online art programs at the certificate level from most to least costly is displayed in the following graph:

Tuition ranging from $1,714 to $2,765 each year is charged by other somewhat more expensive online art certificate colleges and universities. Roughly 3 of the 12 online schools that have training in art programs in the US charge tuition in this range. 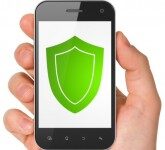