12 Things Our Grandparents Lived Without

My grandfather grew up in a rural setting during the Great Depression, and for much of his young life had no running water or electricity. Actually, he jokes that they did have running water–he ran to the well with a bucket and ran back.  During particularly lean summer months, he didn’t even have shoes.

Since my parents divorced when I was a young boy, I spent a lot of time with my grandparents while my mom was busy trying to provide for her and her young son as a single mom with no support. My grandfather shared many stories about his youth; some good ones, and some that made you feel for him and his eight brothers and sisters (and his parents). He often jokes that he doesn’t know why people refer to those times as “the good ol’ days,” because there wasn’t much good about them. 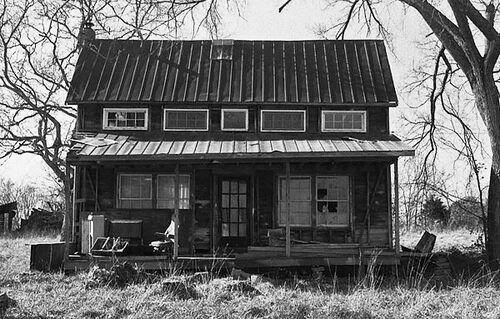 Of course, I cherish these stories and the time spent with my grandparents because they made me the “frugal dad” I am today. When I feel myself pining for a new gadget I think back to stories of my great-grandmother searching the cupboards for a missing dime that meant a can of soup for her kids’ dinner.

We are in tough times these days too, no doubt about it. But those who compare today’s standard of living to the times my grandfather faced, have little appreciation for how hard life was back then.

A visit to an electronics store with my grandfather is always amusing, as he marvels at the advances in technology, particularly the miniaturization of devices. I have to say he’s pretty well connected though, as he owns both a computer and a digital camera (two things he probably couldn’t have even dreamed up as a boy).

We also share a laugh at the things people spend money on to make life seemingly easier. With that in mind, here are a few things our grandparents (or great-grandparents) lived without, but we consider a necessity. As a disclaimer, I’m not advocating that many of these items have not made life easier. In fact, I own or have participated in a few on this list. I’m just making the point that there are many things out there we consider required goods that people got along without for many years, and probably could again in a real crunch.

I wonder what things we’ll make fun of when we get older? What things have not even been invented yet, and are beyond even the most creative imaginations today?  For me the lesson is to think about the things we spend money on to make sure they are a real necessity, while making room for a few wants, too.