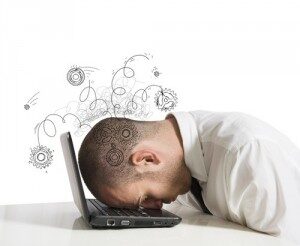 As more and more students complain about lack of jobs and poor employment prospects, employers are joining the ranks of those with a gripe. They say that college students are entering the workforce — or trying to, anyway — without the skills needed to hold down or perform a job. This means that in a soft job market, recent grads are facing not only stiff competition from experienced workers re-entering the workforce after the recession but also skepticism from the employers with the jobs to offer.

According to Inside Higher Ed, more students have struggled to find a place in a depressed job market and questions about the employment value of a college degree have intensified, while has concern that new graduates are not equipped to function in the work place and are not meeting employers’ expectations. A new survey reaffirms that quandary, but the group that commissioned it hopes the findings actually teach students something.

In the report, “Bridge That Gap: Analyzing the Student Skill Index,” only half of college students said they felt very or completely prepared for a job in their field of study. But even fewer employers – 39 percent of those surveyed – said the same about the recent graduates they’d interviewed in the past two years.

Even wider gaps of varying size emerge when the survey zeroes in on about a dozen different skills. Students and employers consistently disagreed on how prepared new graduates were to employ a dozen different “business basics.” Those include “creating a budget or financial goal” and “writing to communicate ideas or explain information clearly” (each show a 22 percentage-point gap), and “organization” (25 percentage points). In the widest gap, at 27 percentage points, 77 percent of students but only half of hiring managers reported preparation for “prioritizing work.”

Students fared the best at “making a decision without having all the facts.” About 47 percent of students said they were prepared to do that, and 37 percent of hiring managers said the same of recent graduates.

Chegg surveyed about 2,000 18- to 24-year-olds enrolled in two- and four-year colleges, and 1,000 hiring managers. Higher education’s slow response to technological advancements and employers’ neither hiring nor training new graduates have contributed to a disconnect.

The information revealed in surveys such as Chegg’s has prompted colleges of all different types to come up with new and better ways to prepare students for careers and life after college. But just because people are only observing these differences now doesn’t mean they’re new. Researchers have only been tracking these sort of data for about five years.

The difference now is that the job market is “much tighter than it has ever been,” and at the same time students are either unwilling or unable to accept true entry-level positions that they view as dead-end jobs.

Others have argued that colleges aren’t doing enough to prepare students for the work force. In most cases, career services is an isolated, overbooked office that can go underutilized or flat-out ignored, Chan said in a report he co-authored this year. Instead, colleges should be embedding career development into the fabric of undergraduate education. Not only would this better prepare students for life after college, it would help to justify the value of a liberal arts degree.

Some colleges are adding programs in innovation and entrepreneurship. Summer business programs are growing in popularity. And other professional schools are doing more to provide co-operative curriculum development such as internships.

The skills gap has also created an opening for new models like the Fullbridge Program and Dev Bootcamp that teach additional skills and traits such as business analysis and research and forward-thinking and persistence. For students who can afford to pay for them (Fullbridge costs between $5,000 and $10,000), these courses can provide a leg up in the interview process.

The Association of American Colleges and Universities, meanwhile, started LEAP (Liberal Education and America’s Promise) Employer-Educator Compact, an initiative seeking to ensure students get the experiences and knowledge base they need to succeed in the work place. On Monday in Boston, AAC&U and LEAP co-sponsored one of several regional forums for educators, employers and policymakers to “chart a plan of action” for creating more successful college-to-career pathways.

While the prolonged economic recession has caused hard times to fall on graduates of all types of institutions, liberal arts education has faced particular scrutiny from the public, media and politicians. But Chan notes that some research has found those students are actually better-skilled in what the Chegg report deems “office street smarts.”

A survey out of Michigan State University’s Collegiate Employment Research Institute found that the people interviewing liberal arts students for jobs believe recent graduates have the work place competencies they need, but could not articulate or demonstrate their abilities and lacked several key technical and professional skills. While arts and sciences students ranked higher than their peers in skills including working in a diverse environment, communication and innovation, they lagged being in areas such as utilizing software, analyzing, and evaluating and interpreting data.

The Chegg survey found that science, technology, engineering and mathematics students were “slightly better prepared” than their peers. Those students fared better among employers in skills including preparedness to explain information and preparedness to solve problems through experimentation.

The findings contain a lesson for colleges, students and employers. Colleges need to make sure their curriculums align with the way companies work today, with fast-paced technology and social media changing data collection and communication. Employers should articulate to colleges what they’re looking for in employees, and help make sure the what they’re teaching is useful. And students shouldn’t just take what’s handed to them in the classroom, they should do all they can to supplement their education with additional skill-building.

Online Bachelors Degree Programs in Theology That are the Lowest Cost