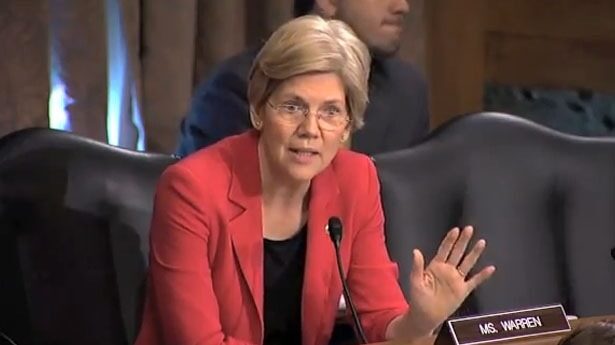 This week, U.S. Sen. Elizabeth Warren introduced a bill that tackles two of her policy priorities – college debt and the tax rate paid by the wealthy. In doing so, she likened student loan interest rates to an upfront tax on college for students already struggling with today’s skyrocketing tuition expenses.

Warren, a Massachusetts Democrat, is poised to introduce a bill which, in part, would allow people holding student loans financed at rates higher than today’s interest rate to refinance those loans, similar to the way one refinances a home mortgage or car loan.

“When interest rates drop, people can refinance their home, they can refinance their business debt. It’s regarded as a smart move for any consumer or business. But student borrowers are prohibited from doing that under most programs,” Warren told MassLive.com. “This bill says we’re going to change that and let them refinance that down to current low rates.”

Warren said the measure, which would also allow those with privately held student loan debt to refinance their debt under the Federal Direct Loan program, equals savings for the consumer, which would be funneled back into the economy. It would also take a crack at the statistic showing that one in seven borrowers defaults on their student loans within three years of beginning repayment.

“There are more than 40 million people currently dealing with student loan debt. When their interest rates are cut, many will save hundreds of dollars a month and many more will save thousands of dollars a month,” Warren said. “That’s money they can use to build an economic future and to strengthen the economy.”

Warren pointed to a report released by the Government Accountability Office in January which determined that based on the loans issued between 2007 and 2012, the federal government stood to profit to the tune of $66 billion from the interest. In her eyes, the government profiting to that degree off the backs of people trying to better themselves is “just plain wrong.”

“This is $66 billion on just the loans issued during that period. That is insane,” Warren said. “This (bill) brings that down. Instead of taxing students who can’t afford to pay for college up front, it says we are investing in those students.”

But since cutting something that has generated such a huge profit over just five years will place a hole in the already-stretched federal budget, Warren is proposing a solution, albeit one that is bound to be viewed as being as political as it is practical.

Warren is proposing the government make up the anticipated shortfall by enacting the so-called Buffett Rule, which is derived from a statement made by billionaire Warren Buffett, who suggested that he shouldn’t be taxed at a lower rate than his secretary.

Enacting the Buffett Rule, which Republicans in the Senate voted to kill in 2012 calling it a “political stunt,” would increase the income tax rate of Americans earning more than $1 million annually. The money generated through that move, according to Warren, would make the difference and send a message about the nation’s “values.”

“The act covers the full budgetary cost of refinancing by implementing the Buffett Rule. Basically, the way I see it, there are billions of dollars here that flow out of the U.S. Treasury to a tax loophole, that are available to millionaires and billionaires. This bill says to use that money to reduce the interest rate on student loans,” Warren said. “So it’s a pretty direct choice – should America be investing billions of dollars in tax loopholes for billionaires or investing that money to help young people who are trying to get an education? I think spending should be consistent with our values.”

When asked if the political nature of how the mass refinancing would be paid for hurts the bill’s chances of becoming law, Warren said that she crafted it using the same interest rates Republicans voted to approve in the summer of 2013, so a choice would have to be made.

“I start with the fact that nearly all of the Republicans voted to reduce the interest rate on new loans last summer. This bill picks up exactly the same (interest rate) numbers they voted for and says let’s use this to refinance all loans. The Republicans have already voted to say an interest rate above the current lending rate is too high, so what about the $1.2 trillion that is outstanding?” Warren said. “If the Republicans feel like it’s more important to keep the tax loopholes open, then they are making their values very clear, and that will be a sharp difference between the two parties.”