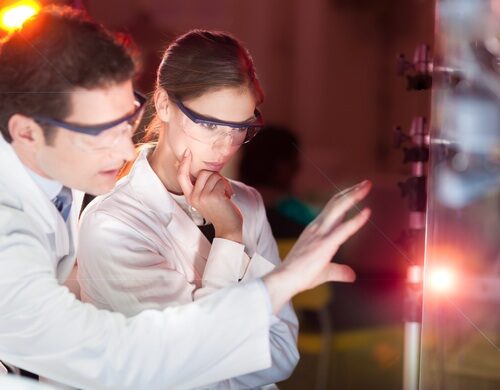 The President’s Council of Advisors on Science and Technology estimates there will be 1 million fewer graduates in the fields of science, technology, engineering, mathematics and medicine over the next decade than the nation is expected to need. Among the biggest potential losers due to this shortfall is the federal government, which must compete with private enterprise for the brightest minds in the STEMM fields.

Despite these numbers, the federal government has yet to develop a strategy to ensure that it replenishes its STEMM workforce as older employees retire. The shortage could have severe implications for agencies such as NASA, the Veterans Affairs Department, Nuclear Regulatory Commission and the Health and Human Services Department, where more than 50 percent of their workforces are STEMM employees.

The report cites the main challenges as competition from the private sector, retaining leaders that will educate and train future leaders in the organization, and succession planning. The authors make two recommendations: agencies should borrow best practices from other agencies while customizing procedures to meet their unique needs; and they should capitalize on mentoring programs, job rotations and project-based learning experiences.

The report also cites STEMM success stories, like The National Nuclear Security Administration. Working with the Partnership for Public Service’s “Extreme Hiring Makeover team,” the agency created better job postings and hiring systems to attract the best talent. And the Office of Naval Research revamped its mentoring program, allowing matches between mentors and protégé to happen across departments, making mentorship training mandatory and checking in with mentors/protégées regularly to assess the match.

According to the report, “While the need for STEMM succession planning is clear, there has been insufficient action on this challenge. It requires a great deal of forethought, planning and adaptability, given the rapid changes and budget cuts faced by agencies. Further, turnover of senior-level political appointees often stifles senior-level leadership support and accountability for succession planning efforts.”

The federal government’s talent pool in science, technology, engineering, math, and medicine positions is drawing increased attention due to the importance of these positions and the need to recruit, retain, and develop highly qualified individuals to serve in federal scientific agencies. While the need for STEMM succession planning is clear, there has been insufficient action on this challenge. It requires a great deal of forethought, planning and
adaptability, given the rapid changes and budget cuts faced by agencies.

Further, turnover of senior-level political appointees often stifles senior-level leadership
support and accountability for succession planning efforts. According to the report, Chris Mihm, managing director for strategic issues at the U.S. Government Accountability Office (GAO), says, “Political leadership comes to Washington to execute a policy and a program agenda,” but they must “expand their time horizon and think about, and understand, the importance of fundamental management.”

Julie Brill, manager for training and executive development at the Office of Personnel Management, stated in the report that, “It’s important to do succession management now.” A series of forces now require increased focus on succession planning by federal agencies. These include:

The dramatic increase in members of the “baby boom” generation (those born 1946–1964) eligible for retirement presents a significant need for succession management. Many federal employees in this generation hold vital Senior Executive Service (SES) and mission-critical positions, and invested a significant amount of time and effort in developing their technical, organizational, and field-level expertise. Because of the anticipated increase in senior executive departures, development activities are now more crucial than ever in order to ensure knowledge and expertise transmittal to the next generation of leaders. Craig Hughes, Deputy Director of Research at the Office of Naval Research (ONR), said in the report, “If an agency is not ready for retirements, it is a failure in succession planning.”

Driver Two: Given budget cuts and sequestration, agencies are leaving positions vacant at many organizational levels. Although practical in the short term, this delays development of the talent pipeline and sets the stage for a future talent crisis. Agencies must eventually fill the gaps and develop a workforce capable of fulfilling their mission, or face a lack of qualified successors to meet the mission-critical needs of the organization.

There are proportionately fewer new graduates entering the federal workforce than there are entering the private sector. This poses a particular challenge because the federal government needs an influx of new agency employees with STEMM education and talent by 2020 to fill mission-critical needs. Thus, agencies must capitalize on the opportunity to recruit, hire, develop, and retain newly educated STEMM talent to fill critical voids in the organization. An option that is supported by OPM to recruit STEMM talent in an effort to better prepare agencies for turnover is the Federal Pathways Program.

Turnover is inherently built in at the top. Agency leaders must constantly look for opportunities to groom the next organizational cohort of executives. However, the loss of many SES and agency directors to retirement, along with decreased emphasis on leadership development efforts, have left many agencies with talent gaps at the top. In many
cases, there are more openings in leadership positions than there are qualified candidates. As a result, the cumulative impact of generational trends, such as government employment boosts in the 1970s, federal downsizing in the 1990s after the Cold War, and lack of recruitment of the millennial generation, have created a need for strategic and effective succession management.

A report released last year by the Partnership for Public Service and Booz Allen Hamilton outlined how agencies can leverage tools already at their disposal to effectively recruit, hire and retain professionals in STEMM fields. That report indicated that STEMM fields are more top-heavy than other federal job fields, with 74 percent of federal STEMM workers over the age of 40, and just 7.6 percent under age 30.

“The cumulative impact of generational trends, such as government employment boosts in the 1970s, federal downsizing in the 1990s after the Cold War, and lack of recruitment of the Millennial generation, have created a need for strategic and effective succession management,” the report stated.

The IBM Center identified six best practices for agencies to implement STEMM succession planning: Formulating a strategy for STEMM succession planning to account for rapid changes in STEMM fields; Identifying mission-critical positions to fill in the event of attrition and the knowledge, skills and abilities necessary for success in those roles; Expanding career development for STEMM employees both at the beginning and middle of their careers to better prepare them for senior leadership roles; Tracking and validating the professional development and performance of candidates in the STEMM succession pool; Implementing effective onboarding programs at various career levels that outline the unique aspects of an agency’s strategic mission; Developing metrics to track and measure the progress and effectiveness of STEMM succession programs.

After addressing the various challenges faced by the federal government in planning for STEMM position succession, the IBM report offers a couple of key recommendations.

First, agencies should not have to reinvent the succession planning wheel. Instead, they should borrow best practices from other agencies and customize procedures to meet their unique needs. Cross-agency collaboration also fosters opportunities to learn from and develop proven development activities. A report published by the IBM Center for The Business of Government, Implementing Cross-Agency Collaboration: A Guide for Federal Managers (Fountain, 2012), offers a variety of examples that use cross-agency programs and initiatives to improve communication lines and streamline practices. Agencies must also take advantage of the wealth of leadership succession planning resources and support provided by OPM. Succession planning programs already in place throughout federal agencies are an underused resource. The needs and mission of agencies are a common foundation that can initiate sharing and program development. The case examples in this report can be borrowed and customized to another agency’s specific needs. In some of the interviews, it was acknowledged that even within an agency, there is knowledge that is not being used because of a lack of communication and time constraints.

Succession planning programs should begin by finding joint needs across agencies and departments so efforts are not duplicated. By doing this, agencies can refine their programs instead of reinventing everything from scratch. Implementing current programs and tweaking according to specific needs will save scarce resources and allow a mutual connection to continue as the programs develop.

There is great benefit to networking via borrowing succession planning programs. The authors’ hope is that the report will assist agencies in sharing best practices that will facilitate this across the federal government. Agencies can build internal and external knowledge by partnering with other organizations or departments whose programs can be implemented in the second agency’s specific area. This creates a more government-wide workforce by building connections
between people who would not normally interact.

The report then recommended that agencies should capitalize on mentoring relationships, job rotations, and project-based learning experiences. These development opportunities take less time and effort, and can be integrated into the work already conducted within the organization. For example, the Office of Naval Research uses internal rotations with promising program officers and new hires to provide them with a view of how the entire agency works together through separate departments. These rotations allow all personnel to understand how their work fits in with the greater organization mission and to learn how other members of the organization use their products.