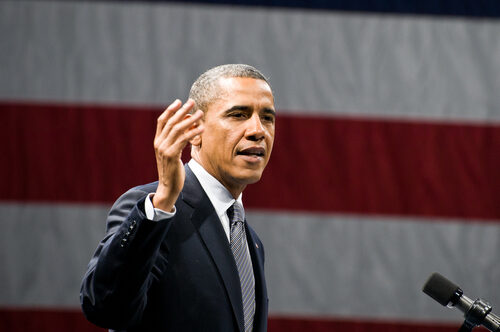 President Obama has proffered a proposal that contains the most widespread changes to federal student aid programs in nearly half a century. The president proposes to link federal financial aid dollars to the Education Department’s ratings of colleges and universities. Students at schools with the best ratings will get bigger grants and cheaper loans than those at lesser schools.

If Congress signs off on the President’s plan, schools that aren’t doing enough to control costs, enroll lower and moderate income students or deliver education of a high enough quality, would lose federal financial aid for their students.

Under the President’s plan, the U.S. Dept. of Education will collect data on each school and use that to rate colleges. Schools would qualify for dollars based on the results they achieve: the percentage of students who graduate, for example. The White House says the overhaul would reward outcomes, not head counts.

It’s not yet clear how the White House proposes to rank the schools — maybe they should talk to U.S. News — which makes colleges nervous. The President introduced the plan August 22 and said schools would be rewarded if they help students from low-income families, keep costs low and have large numbers of students who earn a degree. Obama said the Education Department would track graduation rates, transfer rates, graduates’ incomes and the numbers of students who earn advanced degrees.

The proposal does level the playing field somewhat, so that Normandale Community College in Bloomington, MN, won’t be competing against Princeton for federal funds. Schools would be judged against similar schools. The ratings also would take into account schools that enroll students from poorer families and schools that show improvement. But even within the same college, there remains a wide array of majors, and it isn’t clear how the ratings would account for differences between highly selective programs and more general studies.

The President is hoping to publish college ratings before the 2015 academic year. He wants those ratings to start determining eligibility by 2018 so that the problems and quirks in the new program can be resolved.

The incentive for colleges and universities to jump on board is the $1 billion President Obama wants to put on the table as part of a college version of the administration’s Race to the Top competition for k-12 schools. Those funds are designed to be an incentive for states to maintain their higher education budgets. Colleges also can earn a bonus if they enroll a larger number of low- and moderate-income students.

On the other hand, students at schools that don’t comply could see their federal student aid cut or denied. The federal government provides $150 billion each year in student aid, and without that, many students could not afford college. If a college lost all access to student aid, there is no way many could keep their doors open.

In spite of what seems like a limiting of choices, the White House says students’ options will not be diminished under the proposed changes. Students still would be free to pick their schools, but schools that have the best results would get the first tax dollars. Students going to better schools would receive larger grants and cheaper loans.

Congress will need to step in for any of this to actually happen, though. The Dept. of Education — which is part of the Executive Branch — can ask the colleges for the data and the education secretary can publish ratings based on those figures. But any substantial changes to the student loan program would require congressional approval.

Whether Congress will go along is a whole other matter. College costs are a concern for lawmakers from both parties, and the typical partisan divide is less obvious here than with other subjects. For instance, a bipartisan agreement emerged this summer to overhaul student loan rates, and Obama signed into law changes that make borrowing cheaper for students in the next few years. But initial reaction to Obama’s new plan from Capitol Hill was not enthusiastic, and some Republicans criticized the proposal as too government-centered.

Given the footdragging and partisan politics that have been the hallmarks of every major higher ed decision over the last couple years, there’s no telling how federal lawmaker will prioritize their response to President Obama’s proposal. The major law that governs K-12 education, No Child Left Behind, expired in 2007. The Republican-led House has once again passed its version of a rewrite of this law, while the Senate Education Committee has finished its work and awaits a vote in the full chamber. The Senate committee this fall plans to start its rewrite of the Higher Education Act, and the panel’s Democratic chairman, Sen. Tom Harkin of Iowa, has scheduled the first hearings for September. But he’s also waiting for a Government Accountability Office report on federal student loans that isn’t due back until December.