Colleges and universities across the nation that offer online philosophy programs charge an average tuition of $13,199 per year. The average tuition has increased, over the past few years, by 32.8%. The annual average tuition at these onlineschools in 2007 was $9,941.

The range of tuition at online philosophy colleges is shown in the following chart. Tuition is shown from the least to most affordable colleges and universities.

Tuition ranging from $7,793 to $8,080 per year is charged by other somewhat more expensive online philosophy schools. An estimated 2 of the 9 online schools that offer philosophy programs in the US charge tuition in this range.

A reported 90,152 students earned their degrees and certificates from these affordable online programs in 2011. This is 83% of the nation’s philosophy graduates. A short 5 years prior, in 2006, the number of students graduating from these colleges and universities was only 44,550. 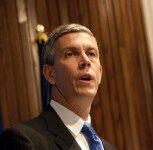