The range of tuition at online BSN colleges is shown in the following chart. Tuition is shown from the most to least expensive colleges and universities.

Tuition of more than $19,628 each year is charged by the most expensive colleges and universities with online BSN programs. The cheapest colleges, however, have yearly tuition costs ranging from $1,714 to $5,228. The accredited online BSN schools that are the most inexpensive are located in Florida, Massachusetts, Nevada, New Mexico, and North Carolina.

Yearly tuition in the range of $5,235 to $8,500 is charged by other somewhat more costly online BSN colleges. Tuition in this range is charged by 41 of the 185 online colleges offering BSN programs in the country.

A reported 35.1%, or 655,087 of the nation’s nursing graduates earned their degrees and certificates from these affordable online programs in 2011. Only 477,465 students graduated from these colleges and universities, a short 5 years earlier, in 2006. This is a 37% increase in the number of students graduating from these reasonably priced online schools. 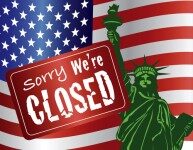 While the shutdown has had little direct effect on students and others in academia, the result of this week’s Congressional… Continue Reading

In several studies released over the last couple months, experts have linked overborrowing of student loans with a lack financial… Continue Reading

A scholarship is a good thing, right? You are able to spend more time concentrating on your college studies and… Continue Reading

Stick With Stocks Or Pay Off The Mortgage?

Government Shutdown Rankles, But Has Little Effect on Colleges, Students