Online Bachelors Degree Programs in Physics With the Lowest Tuition

A median tuition of $13,896 annually is charged by schools around the country offering online bachelors degree in physics programs. The median tuition has increased, over the past few years, by 28.1%. In 2007, the annual median tuition was $10,849 at these online schools.

Below, the chart displays the tuition range for colleges offering online physics programs at the bachelors level from highest to lowest cost:

At the high end, schools with online bachelors degree in physics programs charge students more than $30,016 in tuition yearly. But, tuition at the cheapest colleges and universities is in the range of $3,696 to $5,461 per year. Georgia and Mississippi are home to the lowest cost accredited online physics bachelors degree schools.

Approximately 20% of physics graduates with bachelors degrees from online schools around the US graduated from these low tuition programs in 2011. Therefore, of the 118,979 graduates from around the US, 23,715 are from the least costly schools. Between 2006 and 2011, the number of physics graduates with bachelors degrees from the least expensive online schools has increased by 3,104 graduates per year, while the percentage of graduates from these schools has also increased.

Other somewhat more expensive cost online physics bachelors degree colleges and universities charge students tuition ranging from $8,356 to $11,152 yearly. Tuition in this range is charged by 2 of the 8 online colleges that offer bachelors degrees in physics programs in the country. 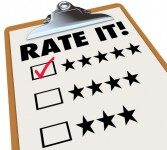 10 Side Hustles to Keep the Wolf from the Door