Online bachelors degree in liberal arts colleges can also be referred to as liberal studies colleges. The tuition range for colleges offering online liberal arts programs at the bachelors level is displayed in the following graph. Tuition is shown from the highest to lowest cost colleges and universities.

A yearly tuition of over $23,950 is charged by the costliest online bachelors degree in liberal arts colleges and universities. The cheapest colleges, however, charge students yearly tuition costs ranging from $2,879 to $7,368. The accredited online liberal arts bachelors degree schools that are the least expensive are located in Arkansas, Colorado, Louisiana, Missouri, and Oklahoma.

In 2011, 32.6%, or 113,501 of the country’s liberal arts bachelors level graduates received their certificates from these cheap online programs. Only 51,139 students graduated from these schools, just 5 years earlier, in 2006. 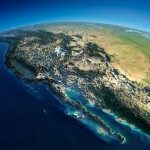 Online Bachelors Degree Programs in Theology That are the Lowest Cost