Online Bachelors Degree Programs in BSN That are the Cheapest

The range of tuition at colleges offering online BSN programs at the bachelors level from least to most affordable is shown in the following chart:

At the high end, schools offering online bachelors degree in nursing programs charge students more than $19,628 in tuition yearly. However, tuition ranging from $1,714 to $5,228 yearly is charged by the cheapest colleges and universities. Florida, Massachusetts, Nevada, New Mexico, and North Carolina are home to the least costly accredited online nursing bachelors degree schools. 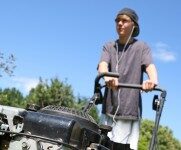