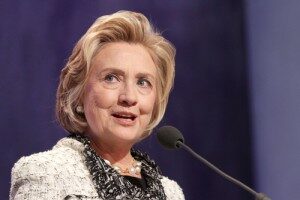 Hillary Rodham Clinton and Jeb Bush, from opposing political parties, are likely the leading potential presidential candidates but, as The Washington Post reported, at a conference in Dallas this week, both sounded an alarm bout higher education becoming financially out of reach for too many young Americans.

Sharing the podium at a higher education conference in suburban Dallas, the former Democratic secretary of state and the former Republican governor of Florida voiced concern about the rising costs of college in the United States.

“I worry that we’re closing the doors to higher education in our own country,” Clinton said in a nearly 40-minute education policy address. “This great model that we’ve had that’s meant so much to so many is becoming further and further away from too many.”

As a co-host of the conference, Bush did not deliver a formal speech, but voiced similar concerns as Clinton during his brief opening remarks. “Higher education in America has a growing affordability problem while billions in the developing world struggle with accessibility,” Bush said.

Monday’s conference was the third time over the past year that Bush and Clinton appeared at the same public event and, to many political observers, offered a glimpse of a possible 2016 general election match-up. Both Bush and Clinton are weighing whether to run for president, and both would be establishment favorites in their parties.