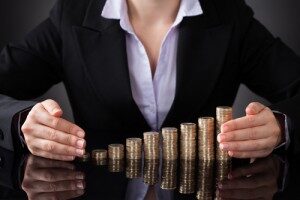 According to a recent study from the Federal Reserve Bank of San Francisco, the average U.S. college graduate will earn at least $800,000 more over her lifetime than an average high school graduate. That’s after accounting for the high cost of college tuition and the four years of wages lost during the time it takes to complete a typical undergraduate degree, the researchers found.

“Although there are stories of people who skipped college and achieved financial success, for most Americans the path to higher future earnings involves a four-year college degree,” wrote Mary Daly, the San Francisco Fed’s associate director of research, and Leila Bengali, a research associate, in the latest Economic Letter from the regional Fed bank.

In essence, their findings support the notion that “college is still worth it.”

For those students who pay the astronomical tuitions levied by top private U.S. colleges, however, the benefits may be smaller, the study suggested.

“Although some colleges cost more, there is no definitive evidence that they produce far superior results for all students,” they wrote, adding “… redoubling the efforts to make college more accessible would be time and money well spent.”

Without necessarily making major to major comparisons, if you simply determine that you’re doing a job that does not require a college degree, although you have one, you are not getting a very good return on the investment you spent on your college education. Neither your return on degree (the additional income you’re earning because you have a college degree, compared to the cost of getting that degree from a particular school) nor your return on major (the amount that you’re earning due to choosing one major over another) is paying off for you. If you want to maximize the return on your college investment, get a computer science, nursing or engineering degree from an in-state public school. If these aren’t exactly your dream careers, your degree will still open doors for you; and regardless of your degree or your major, college is no guarantee of a financial payoff. If you’re curious about an up to date estimate of how well your chosen career will reward you monetarily, check out Payscale.com.