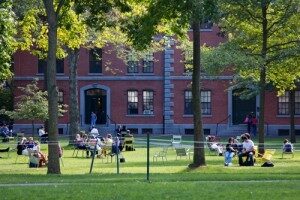 Recently, the media have focused much attention on the failure of elite schools, as well as cash-strapped school districts, to increase their enrollment of lower-income students. A push by the group that administers the SAT, however, may start to turn this trend around. The College Board has begun a nationwide outreach program to try to persuade more low-income high school seniors who scored high on standardized tests to apply to select colleges — and many of the nation’s most reputable schools are lining up to accept the applicants.

According to The New York Times, The College Board, is sending a package of information on top colleges to every senior who has an SAT or Preliminary SAT score in the top 15 percent of test takers and whose family is in the bottom quarter of income distribution. The package, which includes application fee waivers to six colleges of the student’s choice, will be sent to roughly 28,000 seniors.

The program is the largest response so far to new research showing that most low-income students with high test scores and grades do not even apply to, let alone attend, select colleges. Forgoing significant financial aid, many students may instead enroll in nearby colleges with low graduation rates.

Judith Scott-Clayton, an economist at Columbia who is not involved in the outreach program, told the Times that the lack of applicants is one of the rare hurdles in education that could be easily addressed.

“We spend so much time worrying about the kids who are not qualified — that’s actually a pretty hard problem,” Ms. Scott-Clayton said. Low-income teenagers who excel in high school but fail to graduate from college, she said, are “an untapped resource.”

If the new effort succeeds, it may create tensions for some colleges. Many presidents and deans say they want to recruit more low-income students, but failing to do so has long kept their financial aid spending lower than it otherwise would have been.

The College Board’s information packets are modeled on those sent in a recent experiment by Caroline M. Hoxby of Stanford and Sarah E. Turner of the University of Virginia, economists whose findings suggested that application fee waivers greatly influenced students’ decisions.

Among high-achieving, low-income students in the experiment who received a packet, 54 percent ultimately won admission to one of the nation’s 238 top colleges; among similar students who did not get a packet, 30 percent were admitted.

Critics of the College Board have argued that its standardized tests bias the college-application process against less-affluent students.

The board is also creating a program to try to persuade more low-income minority students to take Advanced Placement classes. About 3 in 10 black students with the academic background to take an A.P. math class do so, compared with 6 in 10 Asian-Americans.

Another program the College Board is creating will reach out online and mail packets to college-ready low-income students to encourage them to apply to more schools. Students who do so are more likely to attend a four-year college, data suggests.

The College Board denies that the new efforts are an attempt to increase revenue for the group, which administers A.P. tests, the PSAT and the SAT. Low-income students typically pay $10 at most — most pay nothing — to take an A.P. test, and that revenue does not come close to covering the cost of the outreach programs, officials said.

Separately, the College Board recently released SAT scores for the most recent year, highlighting another problem in American education: lack of college preparation.

More than half of the students who took the SAT in 2013 did not reach a benchmark indicating they would be prepared to succeed in college-level courses. The proportion who have reached that benchmark has flatlined in the past three years, with 43 percent hitting the threshold.

The information packets come in blue folders marked “Realize Your College Potential.” Each contains the waivers for application fees; information about admissions, financial aid and graduation rates; and advice about applying to college.

The board’s efforts follow similar moves by colleges and states. Delaware announced last week that it had begun offering information packets and one-on-one advice aimed at getting more low-income students into top colleges. Many of the efforts stem in part from concern that the lack of economic diversity at top colleges is impeding mobility.

In recent decades, the economic returns on a college degree have risen sharply. The income gap between graduates and nongraduates is nearly the widest it has ever been. Similarly, the unemployment rate for graduates of four-year colleges between 25 and 34 was 3.9 percent in August, according to the Bureau of Labor Statistics. For nongraduates in that age group, it was 9.8 percent.