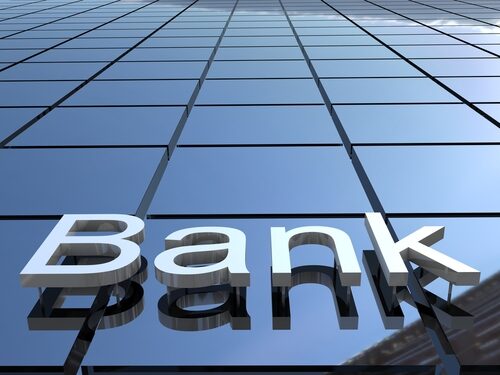 Negotiations between industry, consumer groups and universities on U.S. rules for banking services aimed at college students have stalled over a Department of Education proposal to ban most account fees.

According to Bloomberg, financial companies say that if the proposal is adopted it could upend the multimillion-dollar marketing deals between universities and firms including Wells Fargo (WFC) & Co., U.S. Bancorp and Huntington Bancshares Inc. (HBAN) Advocacy groups maintain that the banks are deliberately painting a worst-case scenario.

Under the bank-university arrangements, schools typically sell the right to offer checking accounts and debit cards to enrolled students. While colleges say they and the students benefit, lawmakers and consumer groups have argued for years that the contracts can expose students to unreasonably high fees for activities including cash withdrawals and overdrafts.

The Education Department is writing the regulation under a so-called negotiated rulemaking, a process in which interested parties meet in public sessions to reach a consensus. Meetings in February, March and April failed to produce an agreement. In an effort to break the deadlock, the department added a fourth session to begin May 19.

According to a draft distributed by the department, the rule would protect students from “any costs” associated with opening, maintaining or closing a “sponsored account,” and would guarantee them at least four free withdrawals a month from any cash machine in the state.

The talks snagged on the definition of a sponsored account. Consumer groups argue it should cover all accounts that students open with banks that have marketing agreements with their educational institution. Banks say the rule should apply only to those specifically opened to channel federal financial aid, often referred to as Title IV funds.

Though students may not represent a lucrative market at first, banks like to sign them up because they often become lifelong customers with mortgages and investments.

“The idea that they need a captive audience is wrong,” said Maura Dundon, senior policy counsel at the Durham, North Carolina-based Center for Responsible Lending, told Bloomberg. “They marketed before they had these agreements with colleges, and they’ll do it after the department makes new rules.”

Contracts between financial and education institutions have proliferated in recent years. In a May 2012 report, the U.S. Public Interest Research Group, an advocacy organization, counted almost 900 deals between colleges and banks or other financial institutions at schools with a combined enrollment of more than 9 million, about 42 percent of students nationwide.

The agreements often revolve around a payment card branded with the university’s name and logo. San Francisco-based Wells Fargo, for example, has an agreement that turns the student ID at the University of Nevada at Reno into a checking account debit card. U.S. Bancorp, headquartered in Minneapolis, has a similar arrangement with North Carolina State University.

Under some agreements, notably those between colleges and New Haven, Connecticut-based Higher One Holdings (ONE) Inc., the company helps manage the disbursement of federal aid into student accounts.

One bank association lobbyist, said the agency lacks the authority to oversee accounts that don’t funnel federal aid. “The Department of Education is overstepping its jurisdiction here,” he told Bloomberg.

Denise Horn, a spokeswoman for the education department, declined to comment on a pending rule.

Consumer organizations argue that even accounts not specifically opened to handle aid will often have federal funds passing through them at some point.

“The likelihood that Title IV funds will end up in these accounts is higher than a randomly selected alternative,” said Chris Lindstrom, director of the higher education program at the public interest group.

The Education Department has been called to action by both lawmakers and the Consumer Financial Protection Bureau, an agency created by the 2010 Dodd-Frank regulatory overhaul which held a Sept. 30 hearing on campus financial products that highlighted the potential for abuse. The bureau’s director, Richard Cordray, also called on companies to make public their contracts with colleges.

Last month, Representative George Miller, a California Democrat who has been probing the matter for years, sent a letter, also signed by 23 other lawmakers, telling the department it should “protect students from unfair banking practices” by banning fees on accounts receiving federal financial aid, prohibiting revenue-sharing between banks and schools and publicizing bank contracts for student products.

“Colleges should be recommending financial products that provide the best deal to students, not the biggest financial reward for the institution,” they wrote in the April 22 letter.

On the other side of the issue, Representatives Alcee Hastings and Alan Grayson, two Democrats from Florida, warned the department last week not to restrict colleges’ ability to make deals with banks.

For their part, colleges have pushed back against the attack on marketing deals, highlighting the benefits that accrue to the students through the bank payments.

The University of Minnesota, for example, gets about $1 million yearly from its deal with TCF Bank, which funds scholarships, career-planning sessions and counseling for students on their majors. Huntington Bancshares in 2012 committed to a package of $25 million in direct payments to Ohio State University and another $100 million in lending and investments to support the neighborhood near the college.

In the Education Department talks, the universities are arguing that their agreements with banks usually have “nothing to do with Title IV funds,” and shouldn’t fall under the new rule, said Anne Gross, vice president for regulatory affairs at the National Association of College and University Business Officers, a Washington-based trade group said in an interview with Bloomberg. She questioned whether the agency had authority to oversee those bank accounts.

“I don’t see the nexus with the Department of Education,” Gross told Bloomberg. “That is banking regulation.”